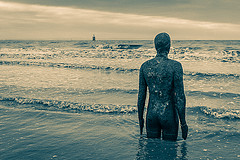 You could say it’s seasonal, but then the redemption should have already come. Instead I’m praying and hoping, and wishing and waiting with all my might.

Four years ago, I knew that I was a writer. The job I’d had ceased to exist at the same time as I was about to have a bab,y so it wasn’t the time to be looking for a new job. I had this crazy idea that I could write the fantasy series that had been living in my head. I did research and found that there were real people making their living self-publishing books on Amazon. I decided I was going to be one of those people.

I gathered up all my courage and all our savings. Then I wrote six books. Four of them are already on sale. The final two are in the editing stages. I paid for professional editing and wonderful covers. I made a book trailer. I did a blog tour. I opened a Twitter account. I posted regularly on Facebook. I paid for targeted promotion of my posts on Facebook.

Now our savings are gone.

Thousands of people have downloaded the free first book in the series. Hundreds have paid for the other books. But not enough people. I receive messages from fans begging me for the next book in the series, but maybe they forgot to tell their friends.

The bottom line is that the books don’t cover the money I spent to make them.

When the nation of Israel left Egypt, they walked in the desert for a week following a pillar of holy fire. At the banks of the sea, with the entire Egyptian army baring down on them, one lone man, Nachshon walked into the sea. The nation watched as he walked slowly into the waters with his head held high, waiting for the miracle the Lord would send.

He shut his mouth to keep the waters out as he strode in further. Nothing happened until the water tickeled the edge of his nostrils.

Only when the water reached his nose, seconds before he was about to drown, did the miracle come. When he walked into the water until he could go no further, then the sea split and the nation of Israel walked through on dry land.

I am waiting for the sea to split.

I have faith that God did not let me spend four years and all my savings on something that was never meant to be. I believe that redemption will come. My books will make enough money to put food on my table.

But the water is up to my nose.

I feel it tickling the edge of my nostrils. And I hardly dare more lest I drown.